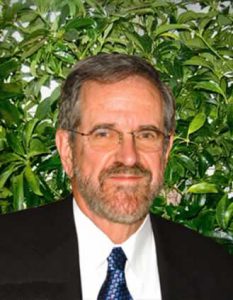 One of the founding members of AAHKS, David S. Hungerford, MD, passed away on March 2, 2019 at his home near Baltimore. Dr. Hungerford, along with Merrill A. Ritter, MD, represented The Knee Society in the 1990 meetings that led to the founding of AAHKS – known then as the Association for Arthritic Hip and Knee Surgery. He was the first Editor-in-Chief of the Journal of Arthroplasty (JOA) when it was publishing quarterly issues of research in all aspects of arthroplasty, of which hip and knee were just taking hold.

“I have seen the organization blossom into a positive force for addressing the issues facing joint replacement surgeons including new technology, declining reimbursements and rising malpractice claims and costs. The organization is representational and is positioned to define and defend the interests of both the patients undergoing joint reconstruction and the surgeons who perform them,” Dr. Hungerford wrote in a paper to commemorate the 10th Anniversary of AAHKS.

Colleague, Richard F. Santore, MD, remarked on the scientific contributions Dr. Hungerford made to the field including the study of core decompression to relieve pain, the development of early instruments for total knee replacement and the invention of porous coated anatomic devices.

Dr. Hungerford served on AAHKS Committees including as the first Chair of the Education Committee and as a regular author of patient education materials. In 2011, he received the AAHKS Presidential Award in recognition of his service to the association and the profession. He will be recognized in a tribute at The Hip Society/The Knee Society/AAHKS Specialty program on Saturday, March 16 in Las Vegas. “All of us in the AAHKS family will miss him greatly,” said Dr. Santore.

With the passing of Dave Hungerford, I am reflective of the debts of gratitude many of us have for this icon. He affected us in so many ways in our orthopaedic surgery careers in the last 35 to 50 years. As the current Editor-in-Chief of the JOA, I am honored to carry on what he started. Dave saw a need for a hip and knee arthroplasty-focused journal when the field and the study of the field was tremendously expanding in the 1980s. He carried out his vision by starting the Journal out of his office at the Good Samaritan Hospital in Baltimore. He gave all rights of administering the Journal to AAHKS in 1990 when we started the organization so we could call this already established journal “The Official Journal of AAHKS.” Recently, he reflected with Mike Mont and I how tremendously proud he was to see how far the Journal had come. To which we responded, “Only because of you, David!!” We will miss his mentorship, his collegiality and friendship.